UA
Scroll
Lovespace
Advertising campaign / Ukraine
"This is normal"
Outdoor, Installation
Lovespace is a space of sexual knowledge, goods, and experiments.
Background:
the topic of sex is still taboo in Ukraine. It is not common to talk about sex not only with friends or family but often with a partner. Sex is presented as a very intimate affair, which not only should not be talked about but thought about as well. Because of this pressure, sexual fantasies are perceived as something vulgar and dirty, something to be ashamed of. Patsany and Lovespace think sex is great. It's great to do it, it's great to talk about it, and it's great to think about it. That's why we launched the "It's OK" campaign.
Objective:
To develop communication for Lovespace on social networks, which would raise the issue of sexual fantasies and how important or unimportant it is to share them with a partner.
Houston, we have a problem:
in the run-up to the Patsany campaign, we have been faced with the fact that it is not common to talk about sex not only in a circle, even the closest boys and girls but also in advertising. Social networks and other platforms tightly control all campaigns that even mention sex. Therefore, our goal was to develop a beautiful, not vulgar, and at the same time socially important communication that would draw attention to the problem.
How we did it:
We came up with an idea whose main message was the phrase "having sexual fantasies is okay." We delved into the topic of various fetishes and singled out a dozen of the most common. Patsany held a photoshoot with photographers Roman Pashkovsky and Yulia Vdovychenko.

We decided to go beyond sexual, open, hot and meaningful, important, open to dialogue. Each photo visualized how different sexual fantasies can be and that each is normal. We selected a shortlist of the best photos and developed a key message for each so that Lovespace could use the entire series on social media.

A QR code was placed on each poster, so if the viewer read a fetish he liked, the code was taken to the Lovespace page with a selection of relevant fetish products. Posters existed both in digital and offline; several spontaneous art exhibitions were located in Kyiv, on the Hem.
The campaign received support from the media and opinion leaders. 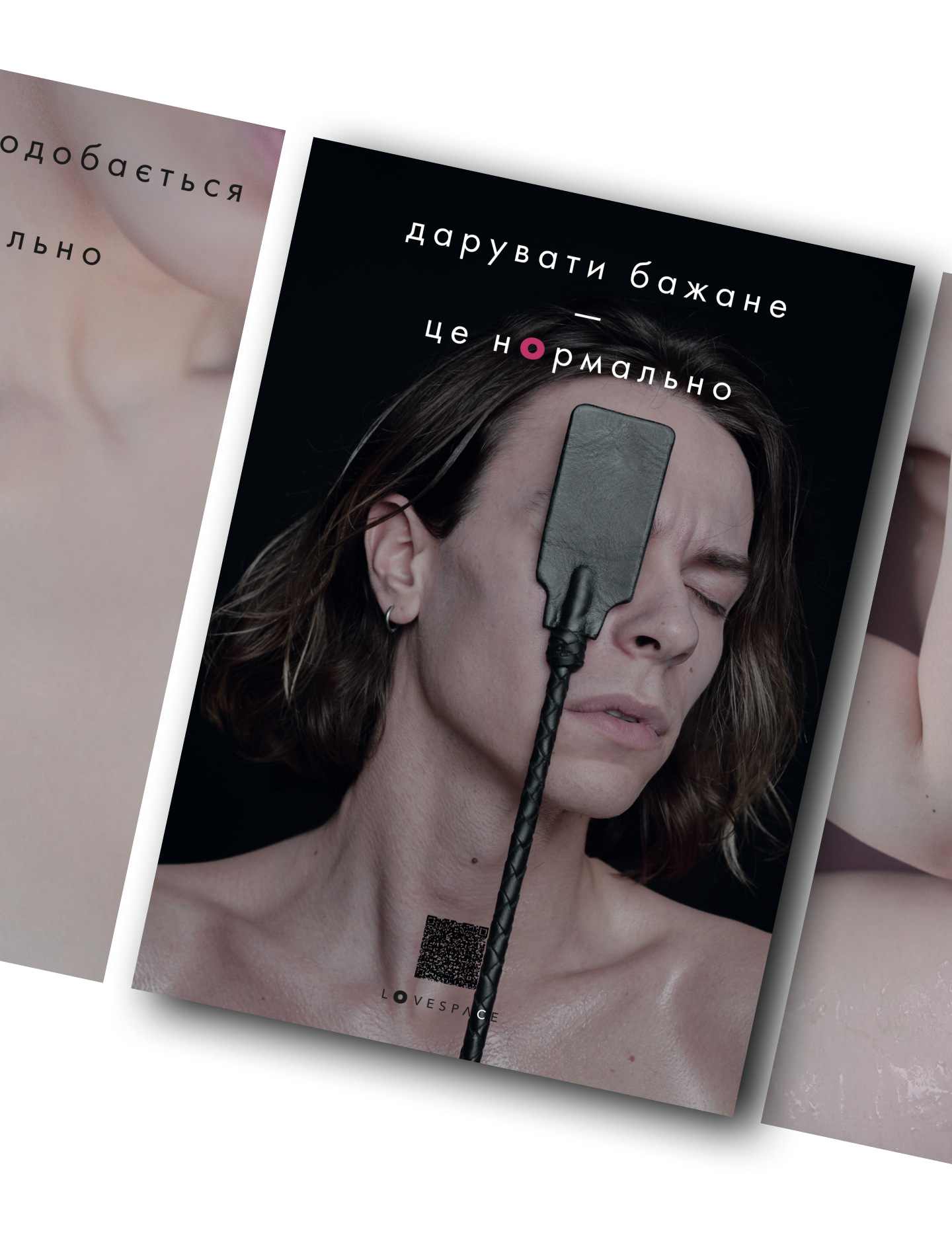 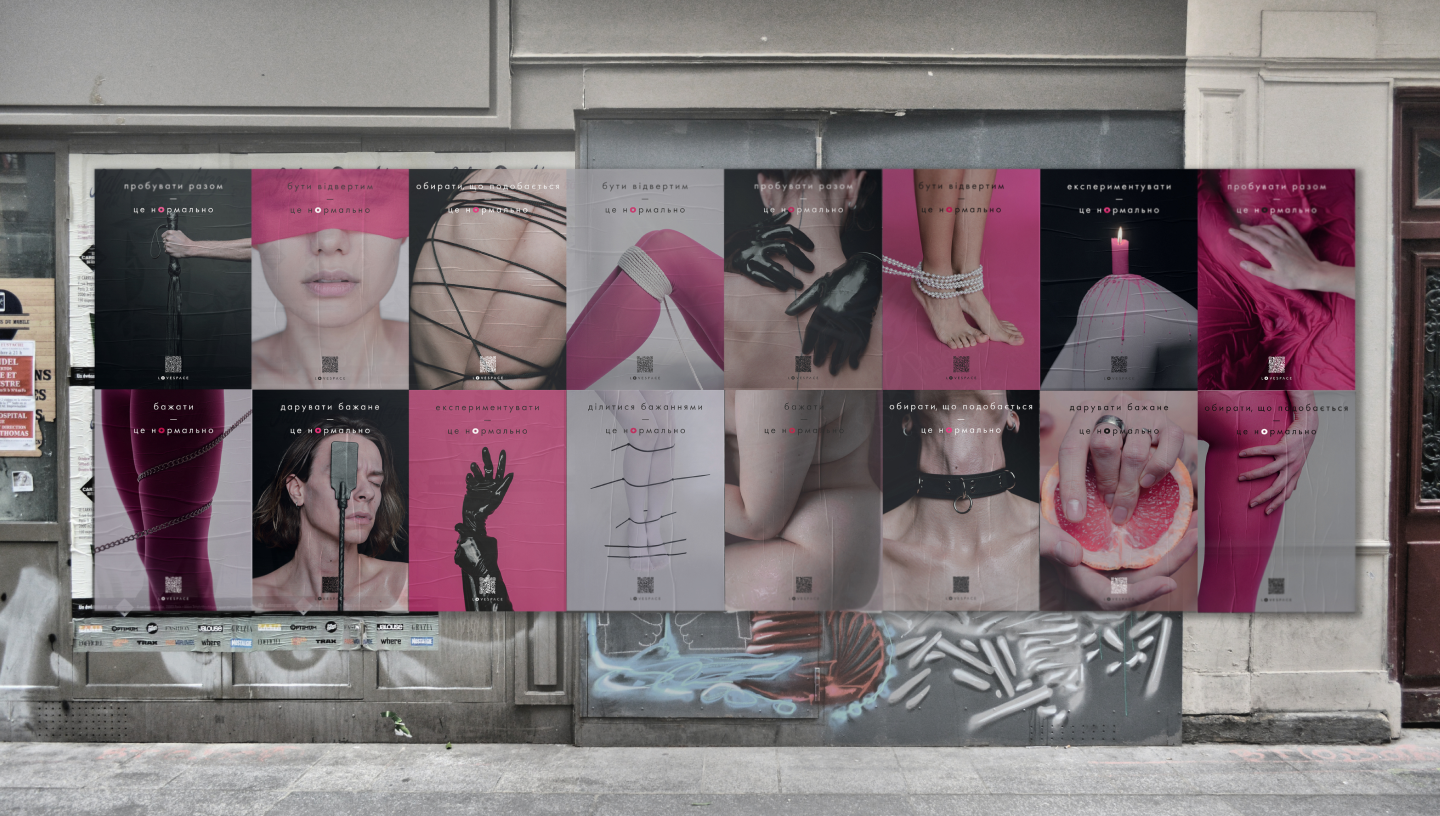